The potential and dangers of ‘squirrel projects’

In one of his characteristically brilliant essays, Paul Graham recently wrote:

I think most people have one top idea in their mind at any given time. That’s the idea their thoughts will drift toward when they’re allowed to drift freely. And this idea will thus tend to get all the benefit of that type of thinking, while others are starved of it. Which means it’s a disaster to let the wrong idea become the top one in your mind. 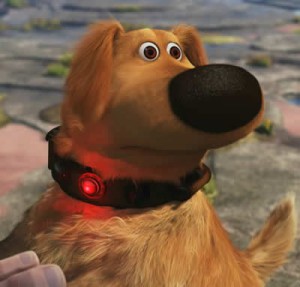 The importance of focus in a startup, or any other business for that matter, is such a basic principle that no one disagrees with it, but it is still such a difficult thing to get right.  One of the reasons is that you don’t want to stifle innovation, and some of the best ideas can come from a completely random project you went off to do in your spare time.

Whatever your feelings are about side projects that take you off your main focus, it is important to recognize them for what they are: distractions.  This doesn’t necessarily mean it’s bad, but let’s call it what it is — these projects distract you from your “top idea.”

For the products I’m responsible for at Yola, we have name for such distractions.  We call them “squirrel projects.”  If you’ve seen the movie Up, you’ll probably immediately know what I’m talking about.  If not, here’s a refresher:

I don’t think “squirrel projects” need more definition than that video…  So, when one of your team members go off on a sometimes-random-but-always-guaranteed-to-be-cool tangent, it’s important to do two things:

Figuring out if it’s a squirrel worth hunting depends mainly on:

I’d say that 2 days before release day is a pretty bad time to go squirrel hunting.  But what if you’re in the beginning of a sprint and something great comes along?  Adjust.  Reprioritize. Throw some things on the backlog, and make room.  Because sometimes, it’s worth it.

It’s also important to note that “value” doesn’t necessarily mean immediate ROI.  There are different ways to get value out of a squirrel project.  Sometimes it’s the potential for revenue down the road.  Sometimes it’s the time spent now on automation tasks that will save you a bunch of time later.  And sometimes, it’s just plain cool (two words and a hint for something you should try on Yola: Konami Code).

Squirrel projects aren’t bad.  But they can be devastating to your focus and momentum if they happen at the wrong time, and/or they have no potential for value.  So go hunt the good ones, and let the bad ones go.